This site uses cookies. By continuing to use the site you are agreeing to our use of cookies. Find out more here

Baird Capital Investment Manager Andrew Dyer shares his perspective on why Collaborative Robotics can be a positive benefit to the workforce in his bylined article published in Robotics & Automation News. Dyer explains:

“Excitement for the manufacturers who dream of lower costs, greater efficiencies and faster and greater outputs, anxiety for the millions of workers around the world who fear that the robotic revolution will leave them without a job.

A new study by the OECD suggests, however, that they needn’t be too worried. Whereas previously pundits warned that close to 50 per cent of American jobs would soon be lost to automation, the OECD now predicts just 14 per cent of jobs in OECD countries could now be lost to robots.”

Subscribers can read the full article on Robotics & Automation News. 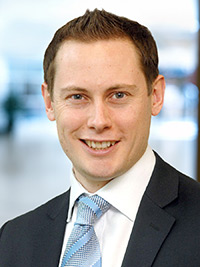